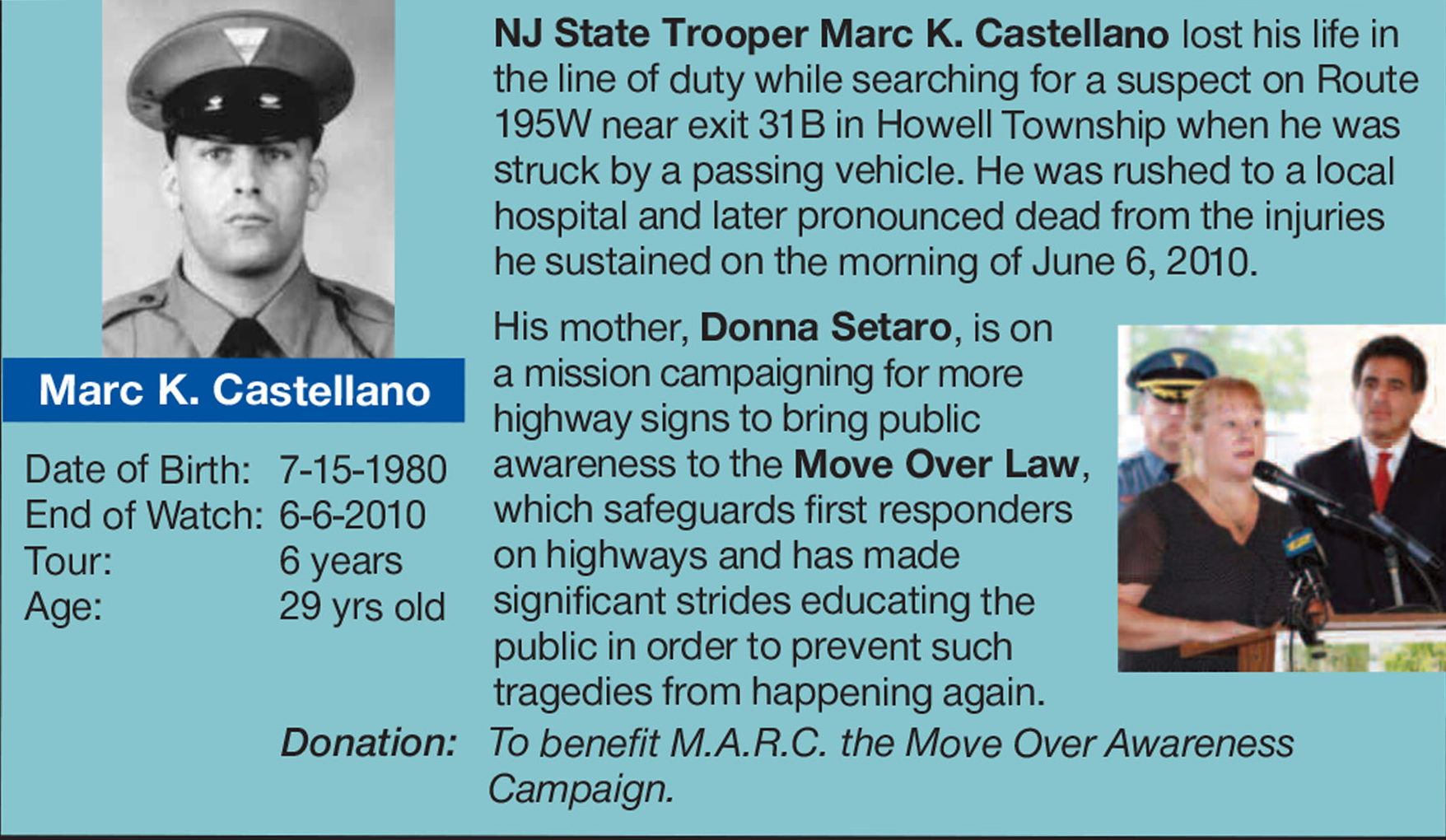 Donna Setaro and the Police Officers Brotherhood (POB) had a Football Raffle Sunday, December 9th 2018 at the River Rock Sports Bar in Brick, NJ for two (2) tickets and parking pass to the Giants vs. Cowboys football game December 30 th . The event was attended by family, friends, members of the law enforcement community, representatives in labor and members of the business community. Assemblywoman Joann Downey received the Legislative Support Award Plaque from the POB for her involvement introducing Bill A3890 Strengthening the Move Over Law with a 2 point penalty for not moving over. Assemblyman Eric Houghtaling also attended our football raffle. He received this award as well at the POB’s Cocktail Reception and Cigar Smoke Out at the Headliner on 11-19-18 for cosponsoring the bill. 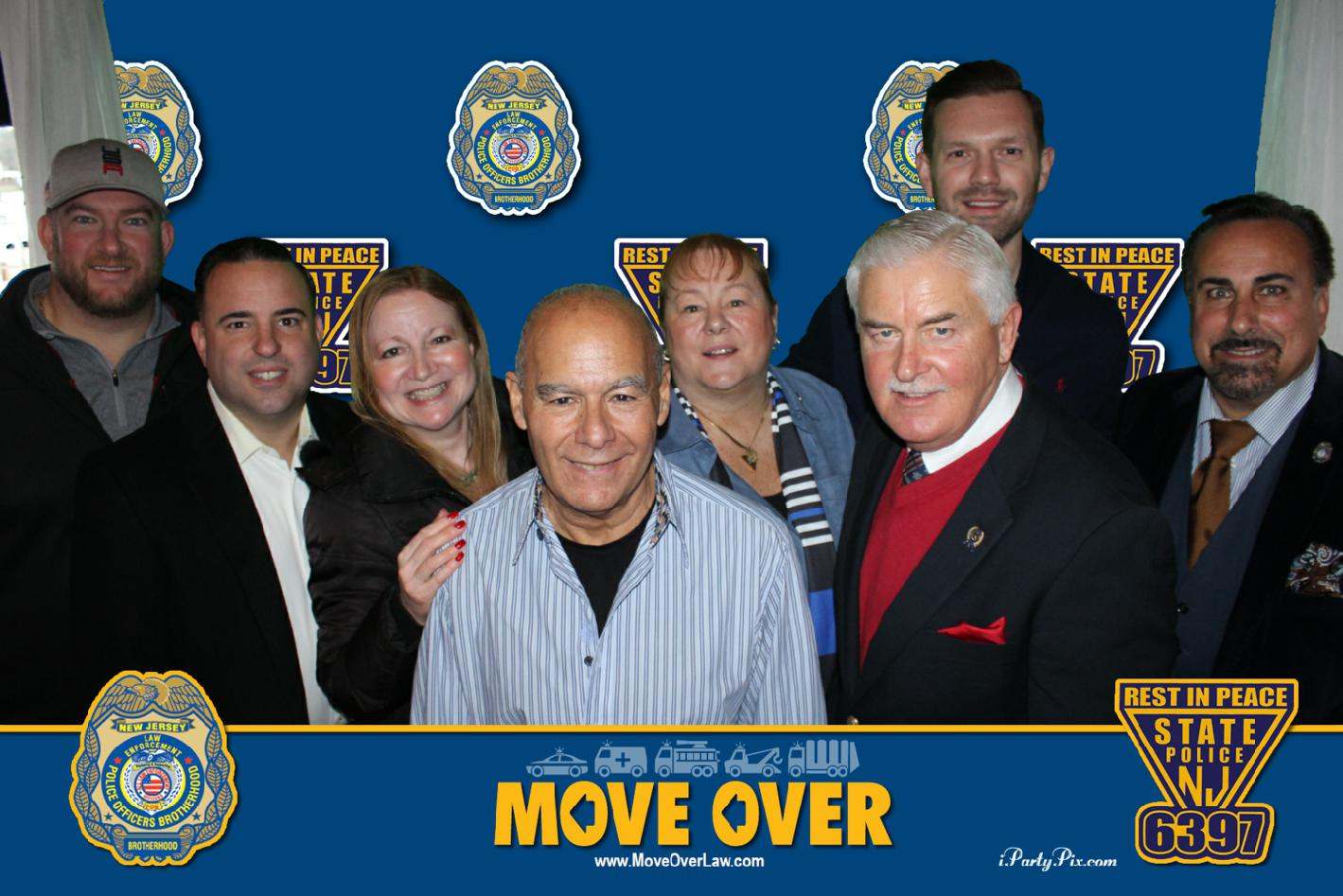 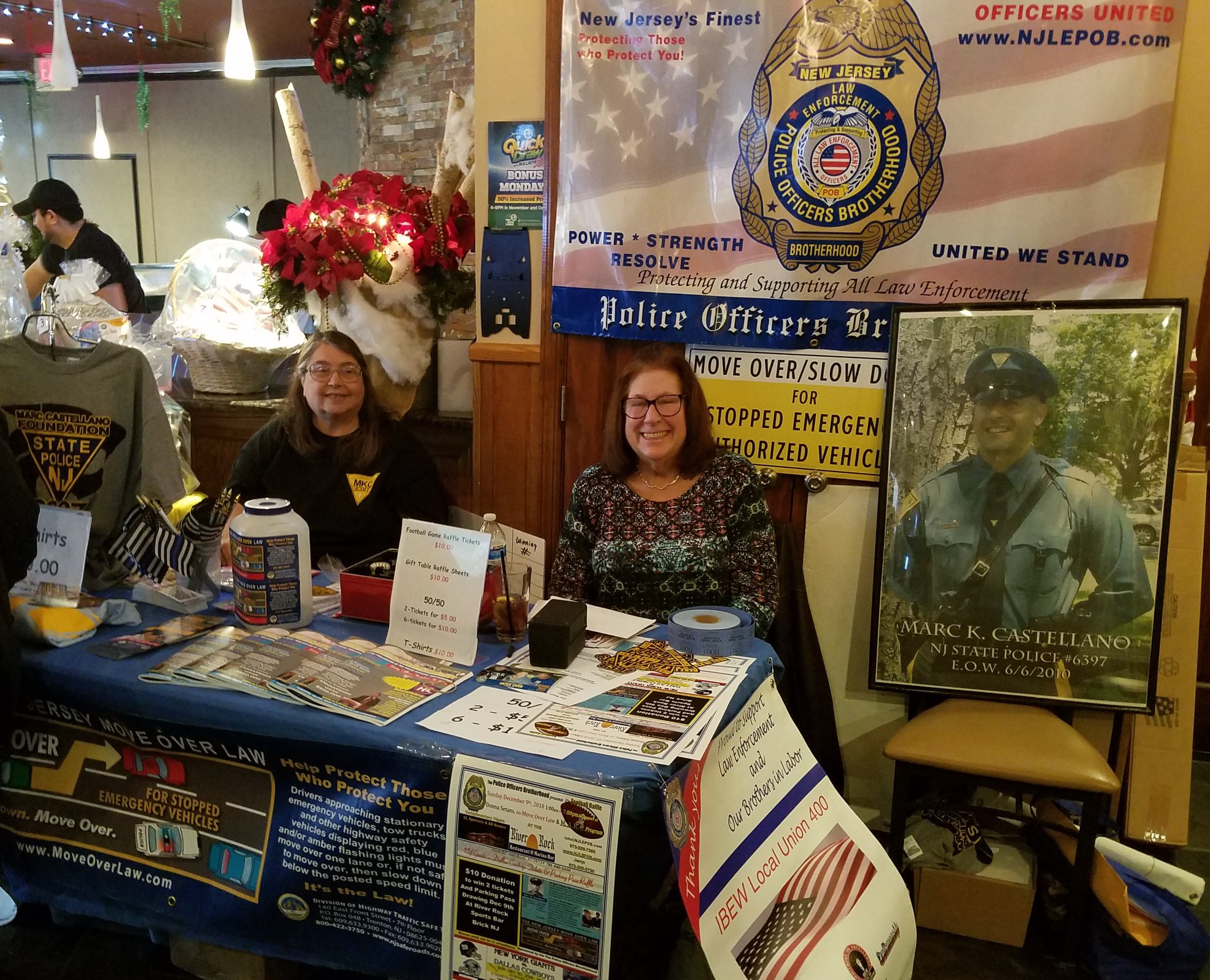 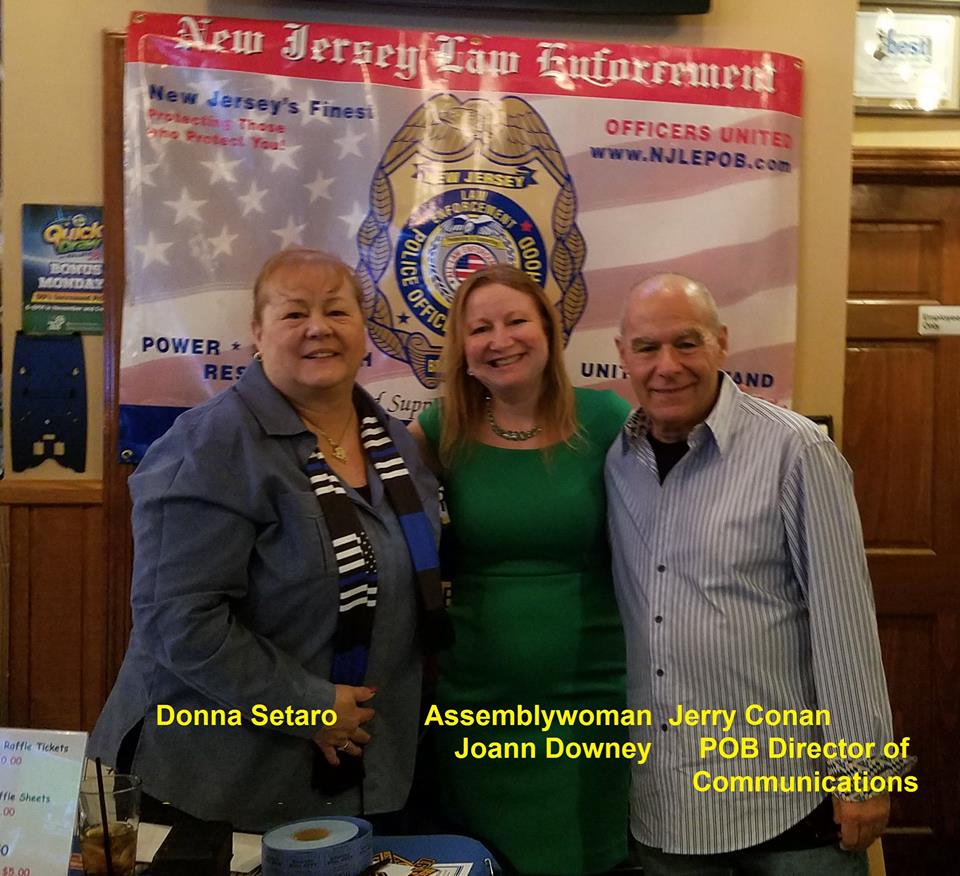 This Annual Football Tickets Raffle fundraiser helps Donna Sataro mother of State Trooper Marc Castellano who was struck and killed by a passing vehicle on the shoulder of Rt-195 in Howell NJ while responding to a roadside emergency. Since the tragedy of Marc's Death June 6 th , 2010, Donna has become the nation’s number one advocate bring more awareness by educating high school students and adults around the state about the importance of the Move Over Law. “The Move Over Law simply requires motorist, when able, to slow down and move over (change lanes) for first responders or service vehicles on the side of the road. If your unable to move over, simply slow down a proceed with caution!” Since March 9 th , 2018 Donna reached her personal goal of speaking to 100,000 people during 870 presentations regarding her sons tragedy and the Move Over Law. She has also advocated getting more signage around the state to inform and educate the public to move over. 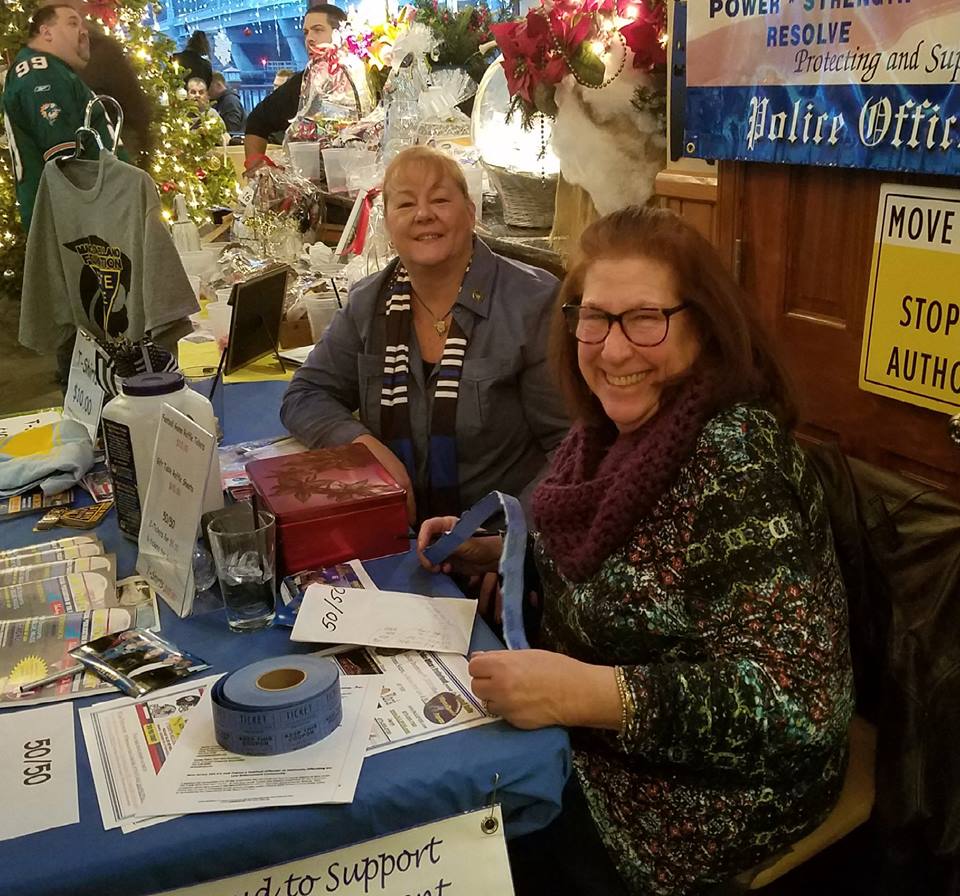 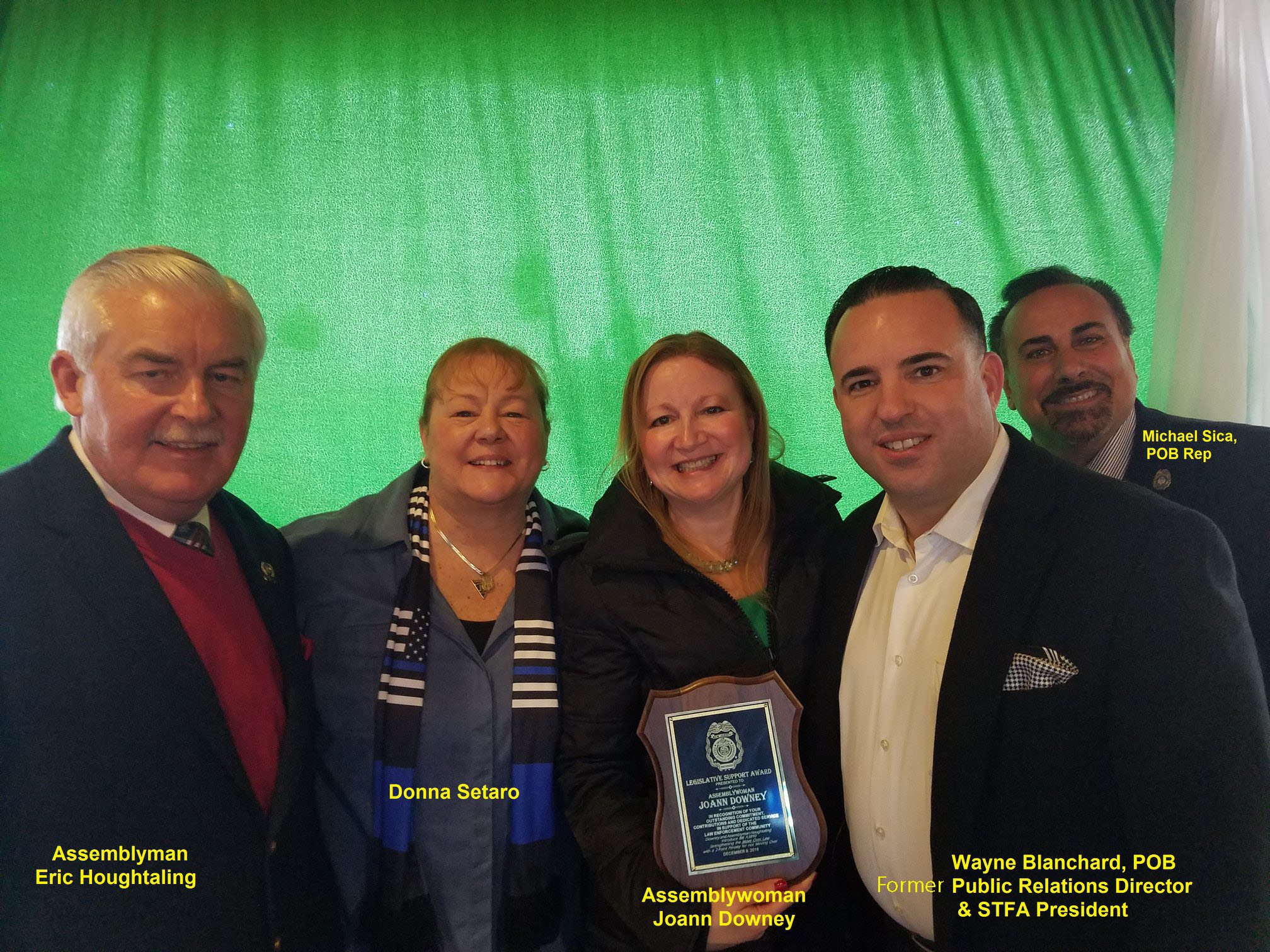 Donna Setaro makes her presentations at NO cost to the schools and is not paid to make said presentations. The POB has adopted the MARC Campaign to raise funds and make contributions throughout the year dedicated for Donna and the MARC Program. Sunday 12-9-18 was the annual raffle drawing to help Donna raise funds and awareness to the Move Over Law the winner of the Giants/Dallas raffle tickets & parking pass was a brother in blue Michael Mohrhauser. 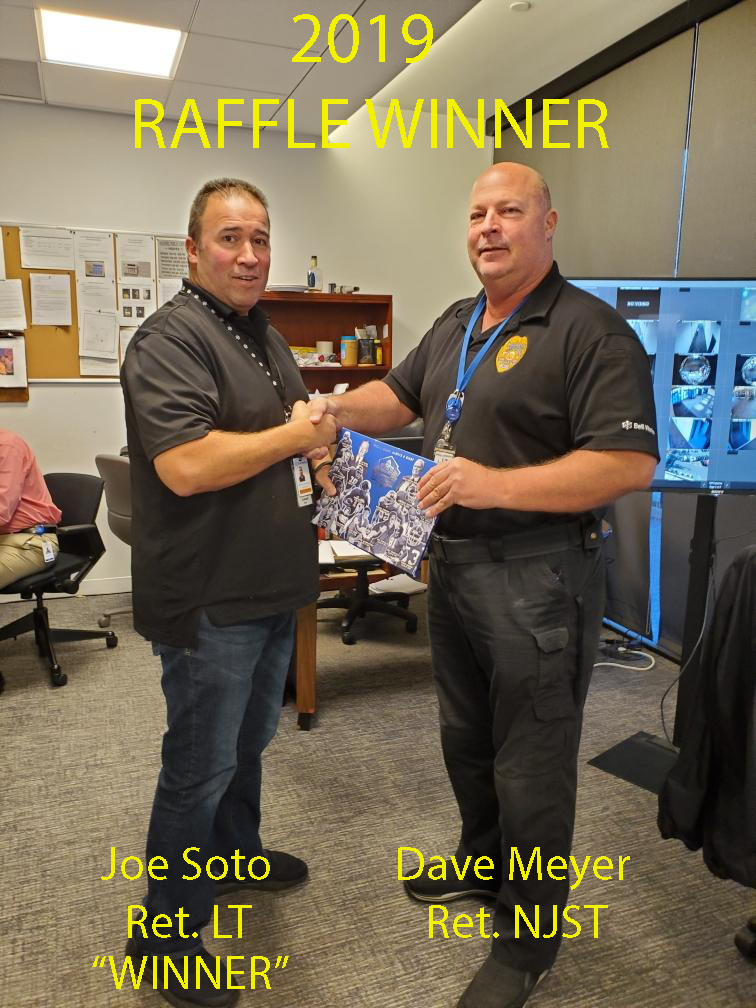 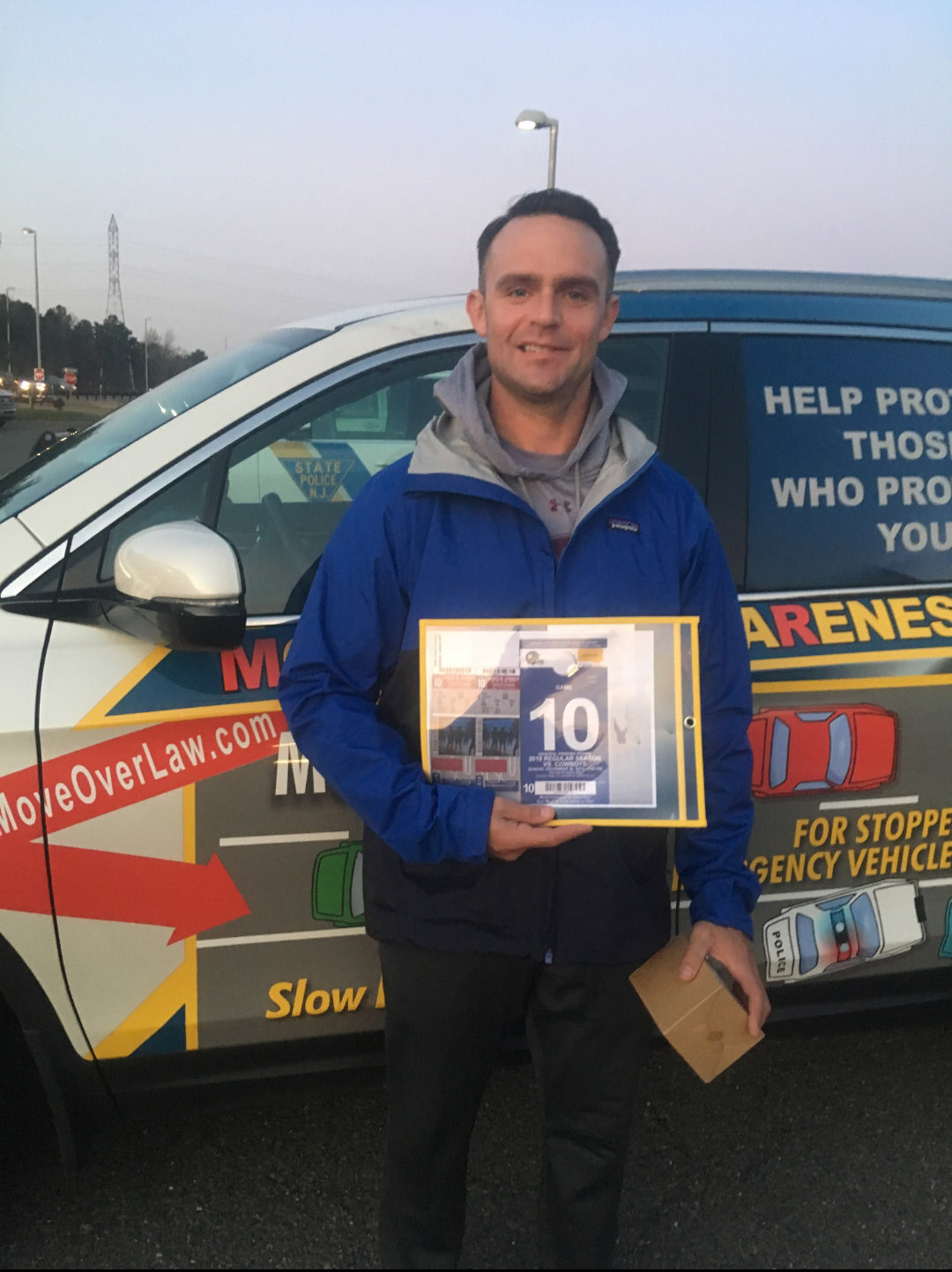 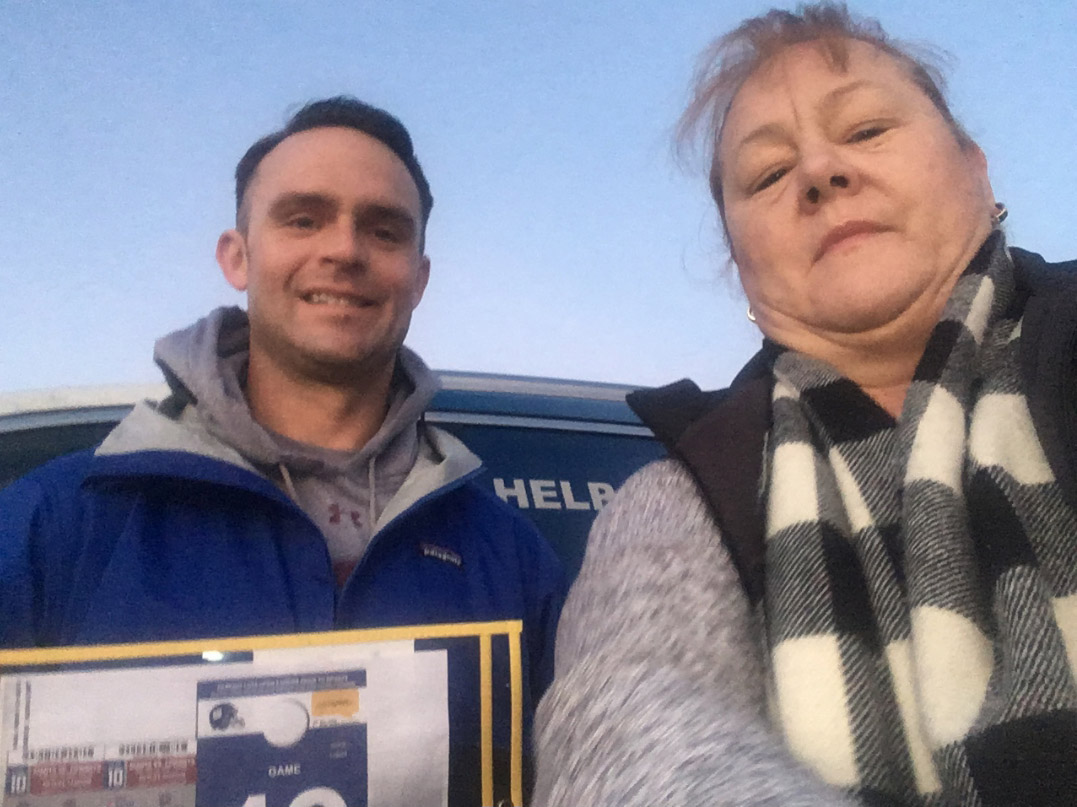 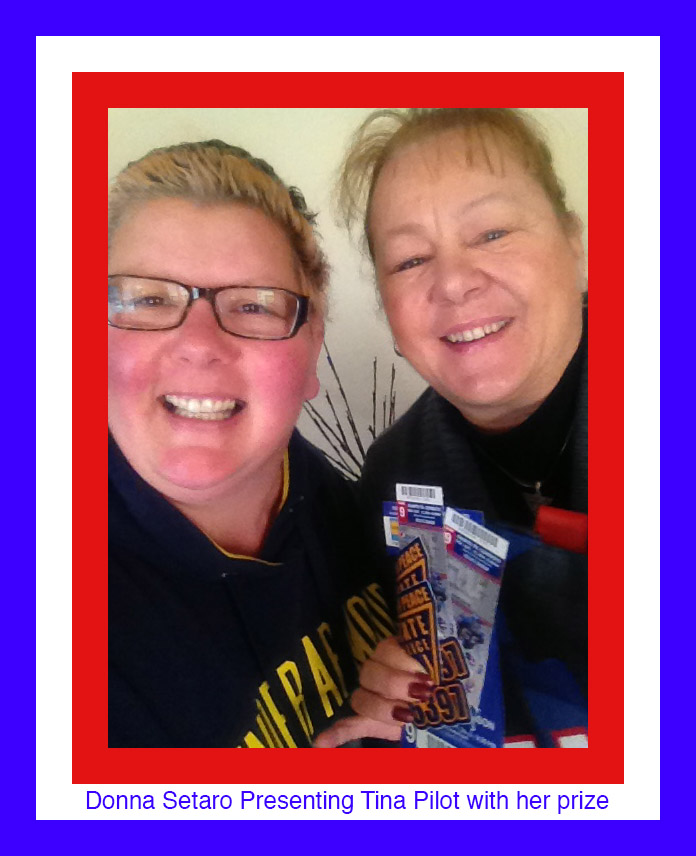 Thank you to everyone who entered our Raffle or just made a donation for your support of the Move over AwaReness Campaign (M.A.R.C) and me as I continue to educate the public about the move over law. I am trying my hardest to save lives. The Police Officers Brotherhood and I have teamed up to raise funds for this very important cause and this raffle is just one example as we continue to support the Move over AwaReness Campaign and Educate the public. Our Winner Tina Pilot was very excited to find out she had been chosen and won the raffle. Tina also happens to be finishing up one of her final rounds of chemo therapy and she has been very tired and sad, but winning made her feel so happy, I think god sent these tickets to the right person. We are very glad that this raffle was able to touch someone who really deserves to feel happy and have a good time attending the Giants and Dallas game. Best of luck to her. Anyone interested in giving us continued support can give a donation at the button below. Your support is appreciated and needed in order for me to continue to educate the public and our young adults throughout the country. Your donations are helping us to spread the word as I educate high school students by traveling to schools throughout this country while making presentations about the move over law to those young adults who have earned the privilege to drive!